Home
Community
Hey, do you roleplay?

*The tavern door was suddenly pushed open as a woman dashed inside, slamming the door shut as quickly as she had swung it open. Leaning with her back against the door, while sighing with relief to finally be out of the cold, she began looking around the room examining the inhabitants within. Spotting the fireplace, she moved slowly across the room to take a seat near it, all while brushing large snowflakes from her clothes, not paying any mind to those clinging to her mass of orange red curls that was her hair.*

Excerpt from character entrance within @CandyApple’s roleplay story on IMVU. We are excited to share the wonderful world of roleplay enjoyed by thousands of IMVU users in chatrooms everyday. With the help of CandyApple the lead moderator of the Roleplay Discussion Board, here is how to join the myriads of stories that are already taking place, as well as instructions on how to lead your own with your own friends or new ones. In addition to the fun you’ll have based on your own imagination, role-playing games founded under the principles of fair play and cooperation, are an amazing way to cultivate creativity, build your social skills and meet new friends, participate in teamwork-based activities, and hone your problem-solving skills.

And it’s so much more fun to play on IMVU because it’s easier to create the scene in which your story takes place, as well as dress up your character based on where the story leads.  We can’t wait to hear about your story.

What is roleplaying on IMVU?

Roleplay (RP) on IMVU is simply, improv acting. You pick or create a character then you act the role much like you would do for a play. However, since people can’t necessarily see all of the details of what your character is doing, you have to type what your character is saying, and also what they are doing. The fun part on IMVU is that you can dress your character pretty easily to match the storyline.  If you don’t have Credits or the products you need for your character… that’s ok! It’s not a rule that your avatar looks like the character you are playing because you can always describe how you look in a fun, imaginative way to contribute to the group and the story.

Keep in mind that, in a way, roleplay is something we have all already done at one point in our lives. Whether we remember it or not, we were all small children playing pretend at some point, either as a superhero, princess, teacher … or even just pretending the floor was lava. What you should know about roleplaying on IMVU: Now the fun part! How to great started:

Now that you have learned some basics and started your journey into roleplaying on IMVU, you can start enjoying the process of creating great characters and making great friends. UserA: *Lora looked down at her hand wishing the cards she held were better than they were before looking back up quickly making sure to keep a calm smile across her face.* “So what brought you back to these parts, Roan? You can’t have come to get your butt kicked in cards again so soon.”

UserB:  *Roan let out a laugh as he laid his cards face down on the wooden table. Taking a drink he tried not to focus too long on Lora’s face as he looked for clues as to whether her hand was any good or not.* “Just traveling thru, I imagine you’re doing the same.”    *Picking his hand of cards back up he glanced down at them while debating on the odds of whether Lora’s hand was better than his or not*

UserA: “No, traveling thru for me. I’m just here waiting on someone who wishes to buy something from me. Though they have made me wait too long. Lucky for them, you came along to keep me entertained. Otherwise I would have left by now.”

UserB:  “Glad to be of service.” *Roan joked as he moved the cards around in his hand while wondering what Lora might be selling*

UserA:  *Realizing that Roan wasn’t going to be the first one to put his cards down, she laid her hand out across the table in front of her. Two tens, an eight, a six, and a four. All while knowing that she was about to lose* “Show me what you got.”

UserB: *Roan couldn’t believe it as he laid out his cards to show he had a two, five, seven, nine, and a three. * “ I don’t know how you do it every time.”

Helpful links:
How to and helpful tips for new roleplayers – https://help.imvu.com/s/question/0D51L00006UNUH0SAP/how-to-and-helpful-tips-for-new-roleplayers 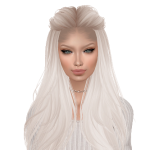 I am the Director of Marketing at IMVU.