African American hairstyles have a rich history. Dating back centuries, the hairstyles that we see today have been used by royalty in Ancient Egypt and as a distinguisher for multiple African tribes.

Our team looked into where specific styles came from, why they were used, and the historical context behind some of the more notable styles. Working with two of our Creators, MrsKitty and Kings, both of whom create hairstyles for people of color, we recreated some of the most notable styles for you on IMVU. Click each image to shop the hairstyles. Bantu knots are created by sectioning out parts of your hair and twisting little knots together with two strands per each section. Bantu means “people” and includes 300-600 ethnic groups in South Africa, one of which are the Zulu people, the originators of this specific style.
Style: Bantu Knots

Hair is one of the top selling products on IMVU—how can it not be? Hair is an integral part to how we can express and identify ourselves. Phrases like “blondes have more fun” and “short hair don’t care” don’t come up arbitrarily. They exist showing how ubiquitous certain hairstyles can be, that they then easily capture a full feeling.

And while hair can be experimented with and something to have fun with, it is also important to know where some styles come from, especially when they have a rich history.

Braids are one of the earliest recorded black hairstyles, traced back as early as 3500 B.C. Braids were a way to signify many descriptors – marital status, age, religion, wealth, social ranking and also were a way to identify people of different tribes, which is why there are so many different types of braids today (classic, box, goddess, etc).

There are ancient drawings, engravings, and hieroglyphics that depicted Egyptian queens having their hair braided by their servants. These styles were brought over in the middle passage to America, when Africans were sold into slavery. While their hairs were cut off upon arrival, presumably for sanitary reasons but also as an act to strip one of their culture, braids remained intact because it helped to “control” natural hair, which was considered at the time to be “unrefined”. Cornrows are a series of tight, three-strand braids weaved closely to the scalp. Cornrows depicted the agricultural lifestyle of the African tribes, and were geometric and mathematical in their creation.
Style: Cornrow The reclaiming of natural hair became popularized with the Civil Rights Movement, when leaders encouraged black communities to accept their hair instead of conforming to Western standards. Styles like afros, dreadlocks and the jheri curl came into the forefront with Black hairstyles and are still worn in pop culture today. Black hairstyles have existed for centuries and have been depicted and displayed in American culture for hundreds of years. It’s popularity today doesn’t mean these styles are “new” or “trendy,” but are weaved into a historical context. And in today’s climate, being aware of where these hairstyles come from, and the importance that they played both in tribal culture and American culture is crucial. Understanding and knowledge can only help to bring our world, in real life and on IMVU, closer together to celebrate each other’s traditions, cultures, styles, history and belief systems. So start a conversation and share your knowledge and culture. You never know what’s beyond just the look. 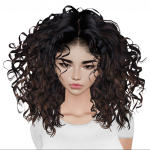